The Historical Society is focusing on the 1940s and World War II in part because of an upcoming event at Club 86 commemorating the music, fashion, resilience, and community of Geneva during those difficult years.  I have researched rationing, radio shows and Christmases during the 1940s and in the process it’s stirred up memories of a conversation I had with my cousin, Andy, at the last family reunion we both attended.

Cousin Andy was born in Belgium during the 1930s and lives with his extended family in Canada today.  He is now in his 80s with a great memory and the ability to ride 50 miles on his racing bike.  He is a very vital person and I would not call him “old” (even if I had a ½ mile head start)! 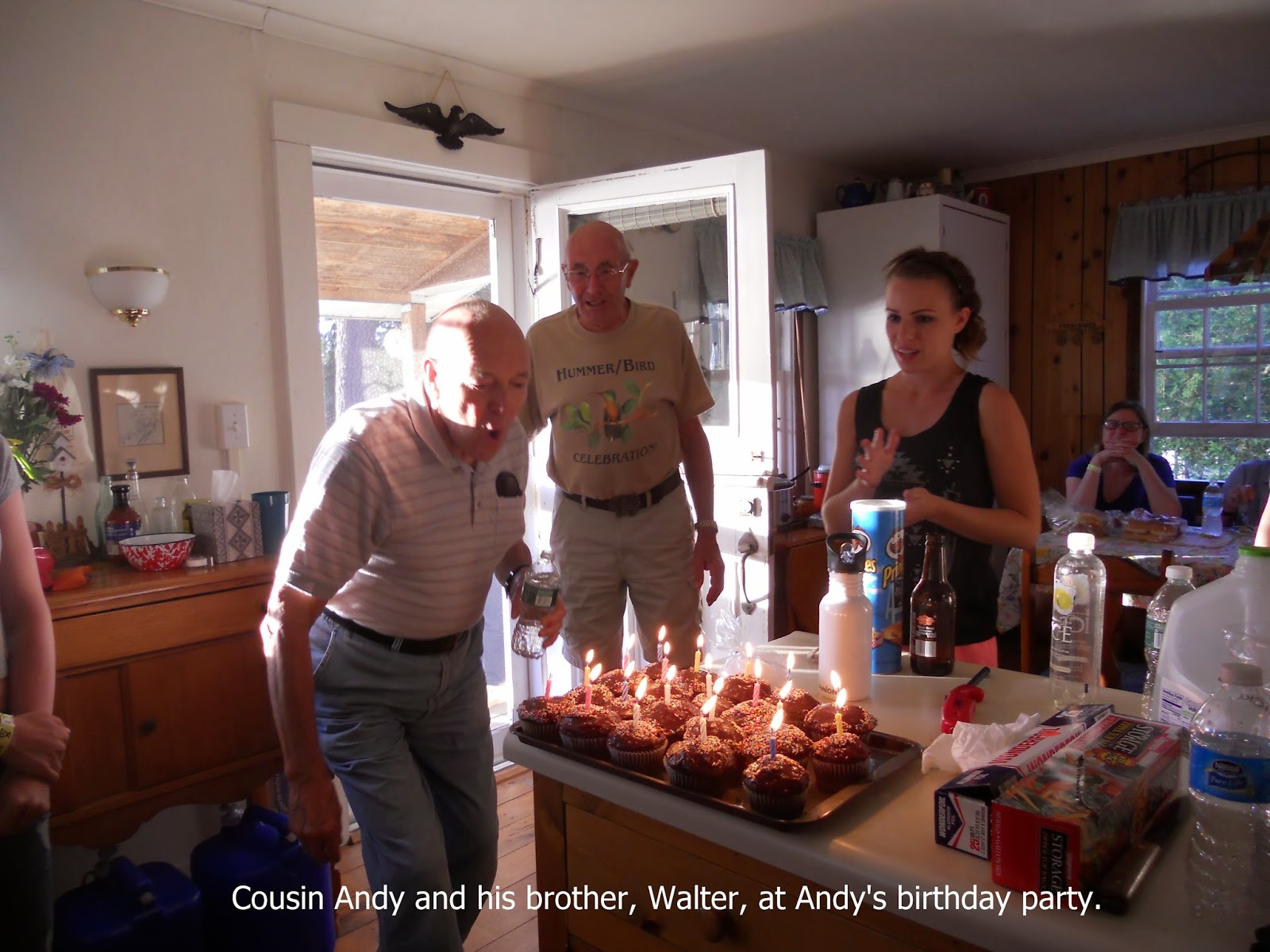 The last time I had an opportunity for an in-depth conversation with him I asked about a family legend that has endured for years.  The story is that parts of our family were in the Resistance during World War II.  It turns out there is a grain of truth in the story, but it wasn’t quite what we thought.  Before I fill you in on the truth, as we know it, I need to give you a bit of background.

My father’s family emigrated from Belgium to the U.S.A. at the end of World War I.  My grandfather, grandmother, my father, his sister and my grandfather’s brother, Joseph arrived in Michigan after Grandfather decided he was tired of their neighboring country, Germany, trampling over them in the War.  They lived in America for 10 years when my grandfather decided to return to Belgium for reasons I do not entirely understand.  All five family members sailed back to Belgium and the village of Tessenderloo.  By this time my aunt and father were teenagers and did not like living in what no longer felt like their homeland so my grandparents and my aunt and father returned to the U.S. about 8 months after they left.  However, my grandfather’s brother, Joseph, stayed in Belgium to marry and raise a family and endure World War II.

There was a story that I heard repeated often about members of our immediate family being in the “Underground” or Resistance during World War II so I decided to ask Cousin Andy what he remembered about this “legend”.  He responded with an interesting story that I will attempt to reproduce for you.  (Hint, always carry a recorder of some type when you question relatives about family history.)

The tale unfolds like this…Cousin Andy and his brother, Walter, who were about 10 and 6 years old at the time, were out walking in the countryside not far from their home when they encountered a Canadian soldier whose plane was shot down by the Germans. Being children and not really attuned to the consequences they invited him to come back to their house.  Not all of their neighbors were sympathetic to the allies (or were too afraid of the Nazis) and someone reported them.  There shortly followed a knock on the door and Nazi soldiers demanded everyone go with them to headquarters.  The soldier did some fast talking and managed to convince Germans that he had forced his way into the house and demanded food and assistance.  They took him away and left the rest of the family alone.  From that point on the Nazis watched the family very closely so that no one in my immediate family could participate in the Resistance safely, though Andy said other more distantly related family members were in the Underground and relatives in America supported the movement monetarily.  So our family history was still exciting, but quite a bit different from what we believed. 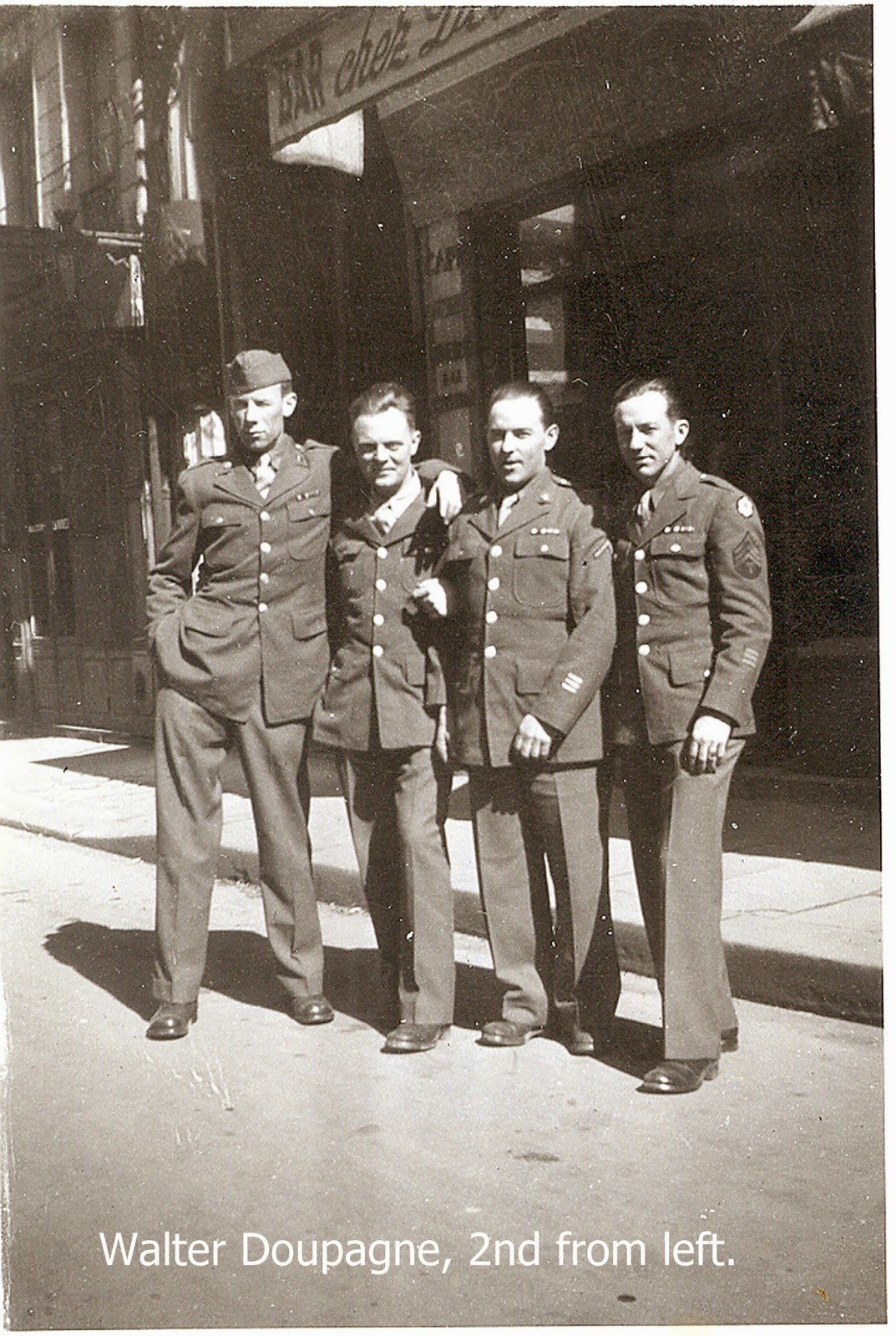 Of course this led to other stories, some frightening and some a bit humorous which are all part of our family story.  He told how my father, who was in the Army and in Paris, borrowed a jeep and rode to the village in Belgium where the family lived and brought many supplies for them.  Andy talked about riding around the countryside on bicycles with cobbled together excuses for seats and tires to visit other relatives, how their house had a huge hole in the roof and how grateful they were that my dad showed up with clothes, money, and tools they desperately needed. My cousin talked about a munitions factory that blew up killing many people in the town that were forced to work there by the Nazis.

Andy continues to share stories with me every time we talk on the phone.  These vignettes are always interesting and fill in many blanks with information to which I would not ordinarily have access. Many emotions have been stirred by these stories, the most prominent being respect for the citizens who survive a war being fought on their soil. How hard it must be to know you are being watched, not know where your next meal will come from, lose friends and family in the fighting, and watch your children experience real fear.  As we look at the 1940s and the War years I am grateful that so far I have not had to experience these traumas and very glad I have someone who relates this information to me, so that my family’s sacrifices will not be forgotten.
Posted by Unknown at 2:24 PM