I'm dreaming of a White Christmas
Just like the ones I used to know
Where the treetops glisten
and children listen
To hear sleigh bells in the snow.

Some of my favorite memories are associated with Christmas - the Festival of Lights at Sonnenberg, seeing The Nutcracker at the Smith Opera House and A Christmas Carol at Geva, picking out a new ornament each year for the tree, having Christmas breakfast with my grandparents, and playing “Sleigh Ride” throughout high school for the holiday band concert.  One of my favorite memories is the year my brother and I left oats for Rudolph (apparently we thought he would share with the other reindeer).  On Christmas morning we discovered that Rudolph had made an absolute mess of the oats.  Not only were oats all over our drive way and front yard but on our roof as well.  I can still remember my brother and I watching from the living room window as Dad and Grandpa “investigated” the situation.  From then on we left Rudolph carrots.


As we prepare for our 1940s themed fundraiser in February I was delighted to discover that many of the things I enjoy about Christmas date to the 1940s. 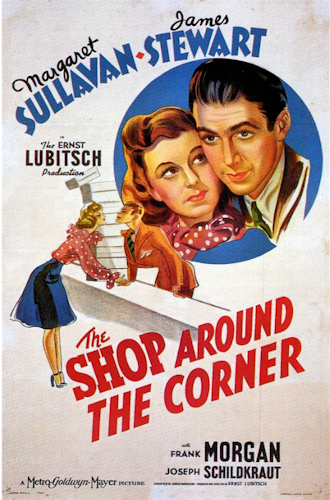 It’s a Wonderful Life is not the only 1940s holiday movie.  Others include Miracle on 34th Street, The Man Who Came to Dinner, The Shop Around the Corner, Holiday Inn, The Bishop’s Wife, Christmas in Connecticut and Holiday Affair.

The 1940s may have been the era of big bands but the decade also saw the debut of several Christmas classics.  These songs include “White Christmas,” “I’ll Be Home for Christmas,” “The Christmas Song,” “Rudolph the Red Nosed Reindeer,” “Here Comes Santa Claus,” “Baby, It’s Cold Outside,” “Let It Snow,” “Sleigh Ride,” “All I Want For Christmas (Is My Two Front Teeth),” and “Meli Kalikimaka.”

When it comes to Christmas trees everyone has their own preference.  For me, it’s a real tree with white lights, ornaments, and no tinsel.  During World War II, however, with the lack of manpower to cut down trees and the shortage of railroad space to ship trees to market there was an actual shortage of Christmas trees.  So, people used smaller, table-top trees, artificial trees (made out of feathers, netting or chenille) and bottlebrush trees.

Here’s a few more tidbits about Christmas in the 1940s

This holiday season I hope you will join us for a 1940s Holiday Open House on Friday, December 5 and the 46th Annual Wassail Bowl on Saturday, December 6.  Perhaps you’ll make some of your own Christmas memories.