In February 2015 our fundraising dinner and music event will have a 1940s theme. “Wining and dining” events are always popular; as a historical society, we are building more educational programming around our fundraisers. While significant events took place between 1946 and 1949, World War II dominates the popular conception of the 1940s. 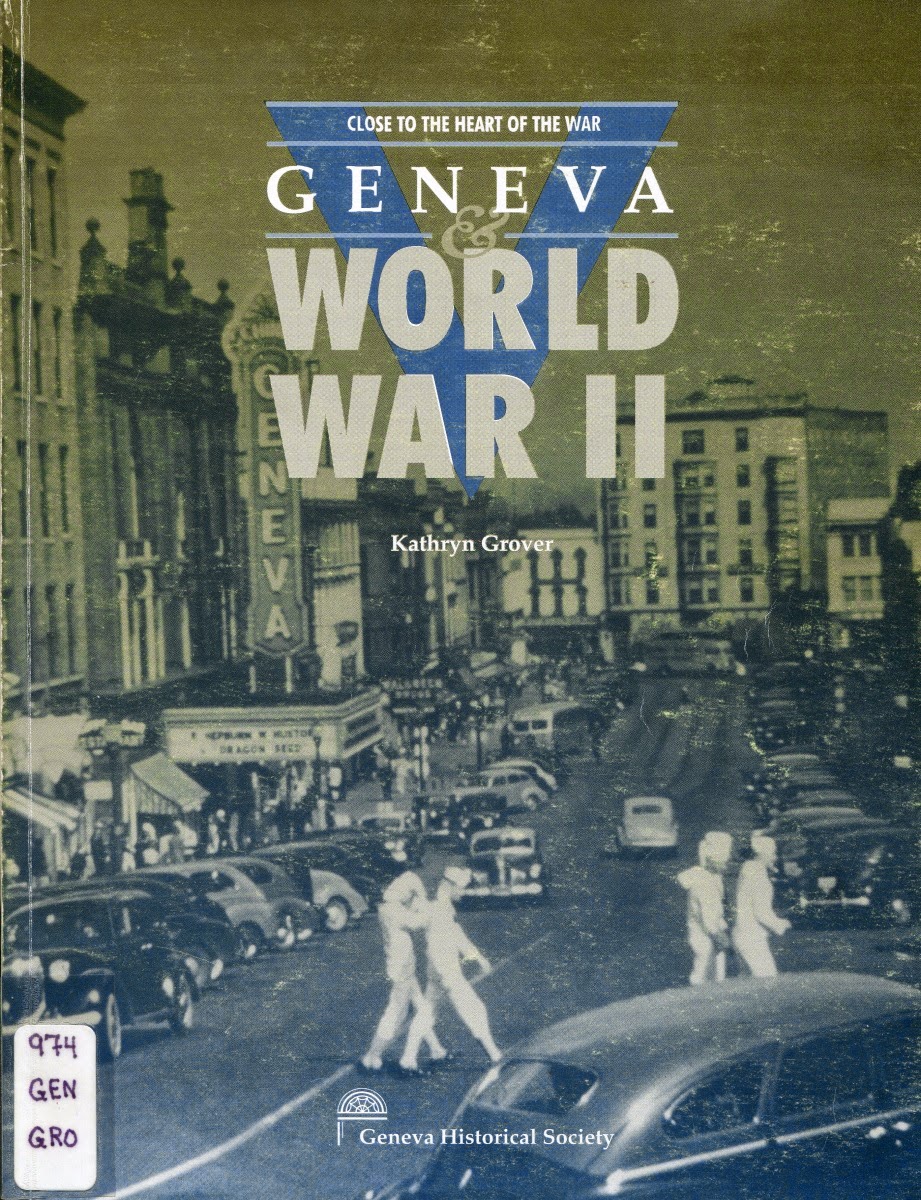 In 1995 we opened a major exhibit, Close to the Heart of the War: Geneva and World War II, and published a companion book. We conducted “history harvests” to identify people with stories, artifacts and photos. A researcher recorded many hours of oral history interviews and scoured local newspapers and records. So, why do World War II again? Is there anything left to say?

Of course there is, and here are three reasons:

Younger audiences. The youngest children of WWII vets are probably around 50 years old. Increasing numbers of visitors have no living relatives from that era and don’t feel a direct connection to the war. Museums, and our special collections in particular, can tell stories that engage visitors in ways that facts and statistics cannot.

New Genevans. Older residents, and followers of the historical society, are aware of the huge impact of the war on Geneva. To new arrivals (and the city does attract new residents every year), “Sampson” is a state park and “the ordnance depot” is home to a herd of white deer. The construction and operation of those two facilities brought thousands of new people to Geneva, whether on a 6-hour leave from training camp or to live. For new Genevan interested in history, it’s an important time period to understand. New angles. There is always new information to discover. In 2008 we acquired a foot locker and other possessions of Robert Linzy, an African American staff sergeant from Geneva. Letters and photos continue to surface that weren’t available in the early 1990s. Of all the information that was generated during the earlier research, only a portion of it was used in the exhibit and book.

Geneva Night Out, Friday November 7, will incorporate all three of these elements in one exhibit. Students from the Public History course at Hobart & William Smith will present posters on aspects of Geneva and World War II. Issues closest to their hearts influence their research. Some are interested in the how the war affected the Colleges, others are looking at the social scene and nightlife during that time. Some are influenced by their other classes; one student is interested in the environmental impact of war efforts such as the Ordnance Depot and Sampson Naval Training Station.

All the students are charged with coming up with something new, rather than pasting sections of Close to the Heart of the War on a poster. It means moving past their own generational perspective, learning more about Geneva so they can evaluate the war’s impact, and looking for new material that wasn’t used in the previous projects.
Posted by Unknown at 10:55 AM