P.S. Wish You Were Here: A Brief History of Postcards

Just call me a deltiologist or simply a postcard collector.  For as long as I can remember postcards have been the “must have” items from any museum gift shop.   I’ve even started collecting antique postcards.  My favorites are night scenes.  And I’m not the only one.  Postcard collecting is one of the largest collectable hobbies.    My collecting got me curious about the history of postcards. 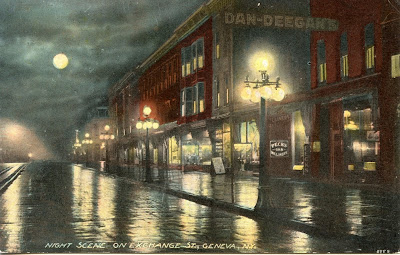 The first postcard turned out to be a practical joke.  In 1840 Englishman Thomas Hooke received a hand painted card in the mail.  It seems that Hooke actually sent the card to himself as the card was caricature of postal workers.  In 1873 the Post Office issued pre-stamped penny postal cards.  An easy and convenient way to send a note, the front of a postal card was blank for messages and the back was reserved for the address.  At the time only the Post Office was allowed to print postcards.  Though expensive, private printers and publishers would purchase the cards and print images on the front.  This quickly became a popular method to advertise businesses and hotels.  In fact, the first souvenir postcards were actually printed ads for the 1893 Columbian Exposition in .

Five years after the Columbian Exposition, Congress passed the Private Mailing Card Act.  Under the act, private printers and publishers were allowed to create and distribute their own postcards.  However, the cards could not be called postcards.  Instead, they were called souvenir cards and “Private Mailing Card” was printed on the back of each card.  (In 1901 the ban was lifted and private companies could call their cards postcards.)

One can even divide postcards into different eras, which aids in dating them.  1898 to 1901 is called the “Private Mailing Card” Era and 1901 to 1907 is called the “Undivided Back” Era.  Until 1907 messages were not permitted by law on the address side of any postcard.   A small space for a brief message was reserved on the front under the image. 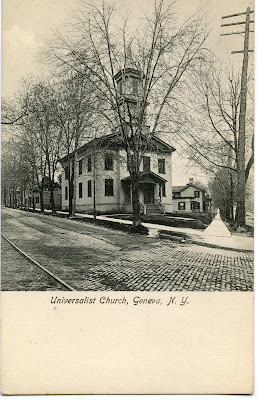 Beginning in 1907 postcards began to have divided backs.  The entire front was reserved for an image while the left side on the back was reserved for a message and the right side for the address.  The “Divided Back” Era (1907-1915) is also considered the Golden Age of postcards.  During this time postcards served a variety of purposes - mementos of vacations, business ads, greeting cards for the holidays, a way to chronicle community events and the list goes on. In 1909, 969 million cards were sent in the     Collecting postcards as a hobby skyrocketed.  To encourage collecting, companies produced numbered series and special postcard albums.  The postcard industry also led to several inventions.     To more effectively display postcards, E.I. Dial invented a revolving steel rack.  Dial’s invention led to racks for books, magazines, comics, greeting cards and sheet music.  The Eastman Kodak Company even developed a “postcard” camera that produced postcard size negatives. 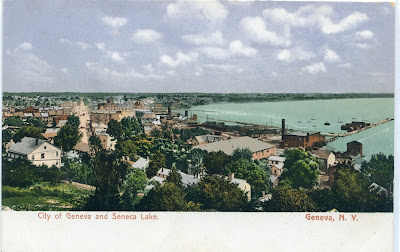 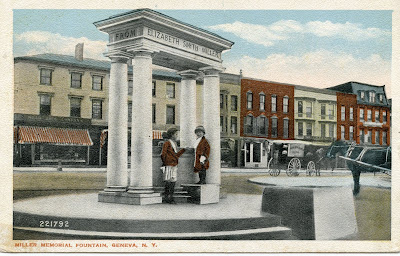 In the “Linen Card” Era (1930s -1950s) postcards were printed on linen paper stock that gave them a textured feel.   Since 1939, postcards have been in the “Chrome” Era (colored photographs with a glossy appearance).

Next time you’re in an antique shop, take a look at the back of some postcards and see what you will find. 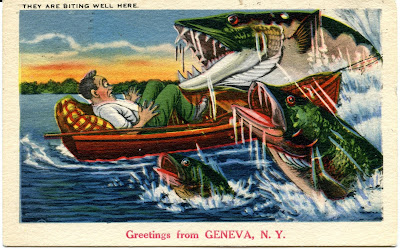 Email ThisBlogThis!Share to TwitterShare to FacebookShare to Pinterest
Labels: Postcards