For some time I’ve been telling visitors that we did not know exactly when electricity came to Rose Hill.  Recently, I found the answer to that question.

Advertiser   September 23, 1890
People who happened to cast their eyes across Seneca Lake last evening must have been a little surprised to see so much illumination about the Rob' t J. Swan mansion, now the home of E. H. PLUMMER.  The occasion was the starting up of his new electric light, and . . .  quite a number were invited over to inspect the house and the plant.  About seventy responded, returning by carriages at a little after ten o'clock.    . . . [Rose Hill] is elegantly furnished from bottom to top, with electric light in every room and about the grounds.  He has a Dunning horizontal boiler, a Westinghouse engine and a dynamo of the United States Co., and the whole runs with less noise than a sewing machine.  . . .

According to the newspaper, Mr. Plummer came from , and he intended to make Rose Hill a race horse breeding and training farm.  He had plans to build a mile-long track (or at least a half-mile track) and spend the rest of his life at his new farm.  Three years later, he had sold the place.  Three years after that, Martin Smith of bought Rose Hill.  On February 14, 1896, the Geneva Gazette reported that “M. H. Smith, Esq., has purchased the magnificent Rose Hill farm on the east   . . .   The mansion has 28 rooms, is heat [sic] by steam and lighted with gas generated on the premises.”

An exchange of emails with our Curator John Marks informed me that the gas lighting in question was probably carbide or acetylene light.  In 1892, the Canadian inventor Thomas Willson discovered an economical process for creating calcium carbide.  This was an important step in the industrial revolution in chemistry, and it was made possible in the by the massive amounts of cheap power produced at and by Niagara Falls.  Carbide was also useful for lighting.  Water combined with calcium carbide released acetylene gas, and it became available for domestic lighting in 1894.  The gas was piped through the house to fixtures where it burned.  Though it was prone to gas leaks and explosions, it produced a very bright flame and was inexpensive.  In fact, it was advised that you extinguish your cigar before refilling the system.

Carbide lighting was largely used in rural homes, though the Daily Advertiser    said in January, 1896, that “Now is the time for cities desiring to operate their own gas plants to begin.   Acetylene gas, the new illuminant, is 40 times more brilliant than that used ordinarily.  People using it will therefore get much more light for less money.   . . . Besides being so much more brilliant, acetylene gas does not flicker, which will make it still more desirable.”

I had to wonder, though, what happened to Mr. Plummer’s electrical system. There may be a hint in the paper.  In 1893, Mr. Plummer tried to auction off all the stock and equipment at Rose Hill.  The sheriff of showed up and attached most of what Mr. Plummer was trying to sell.  This suggests that Mr. Plummer was in financial straits and trying to sell things that other people claimed.  The electrical system might have been repossessed, or eventually sold.  It might also have been removed by the next owner of the property, Mr. H. S. Hopkins.

However the electrical system disappeared, there are reasons a homeowner might have preferred carbide.  As my engineer brother Paul explained it to me, a steam powered dynamo running a generator would require more effort to turn on the lights, compared to the carbide generator:


Carbide seems to have been the way to go.  Now, at least, I can explain to visitors that electricity came temporarily to Rose Hill in 1890 – but after that, mysteries remain. 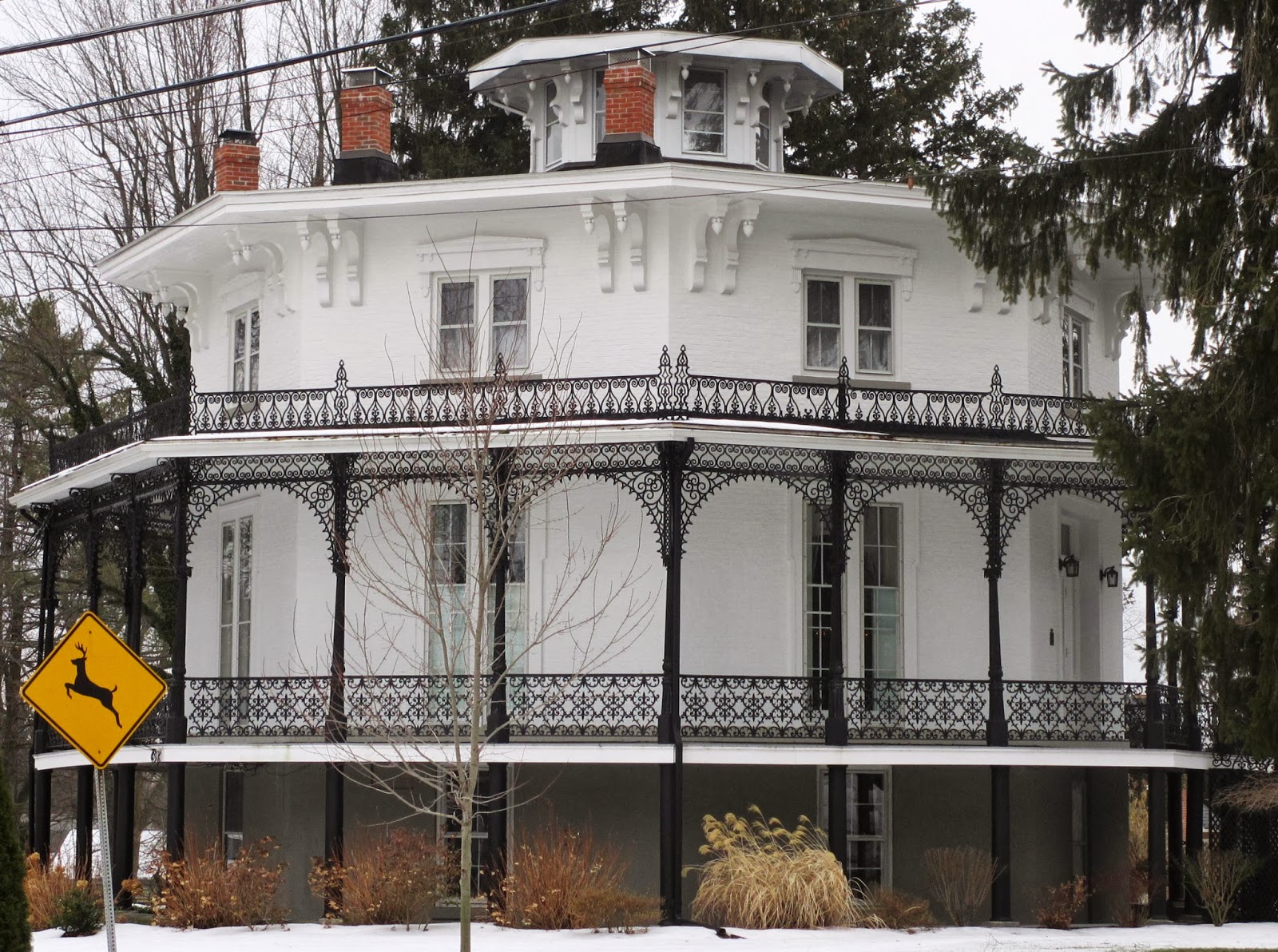 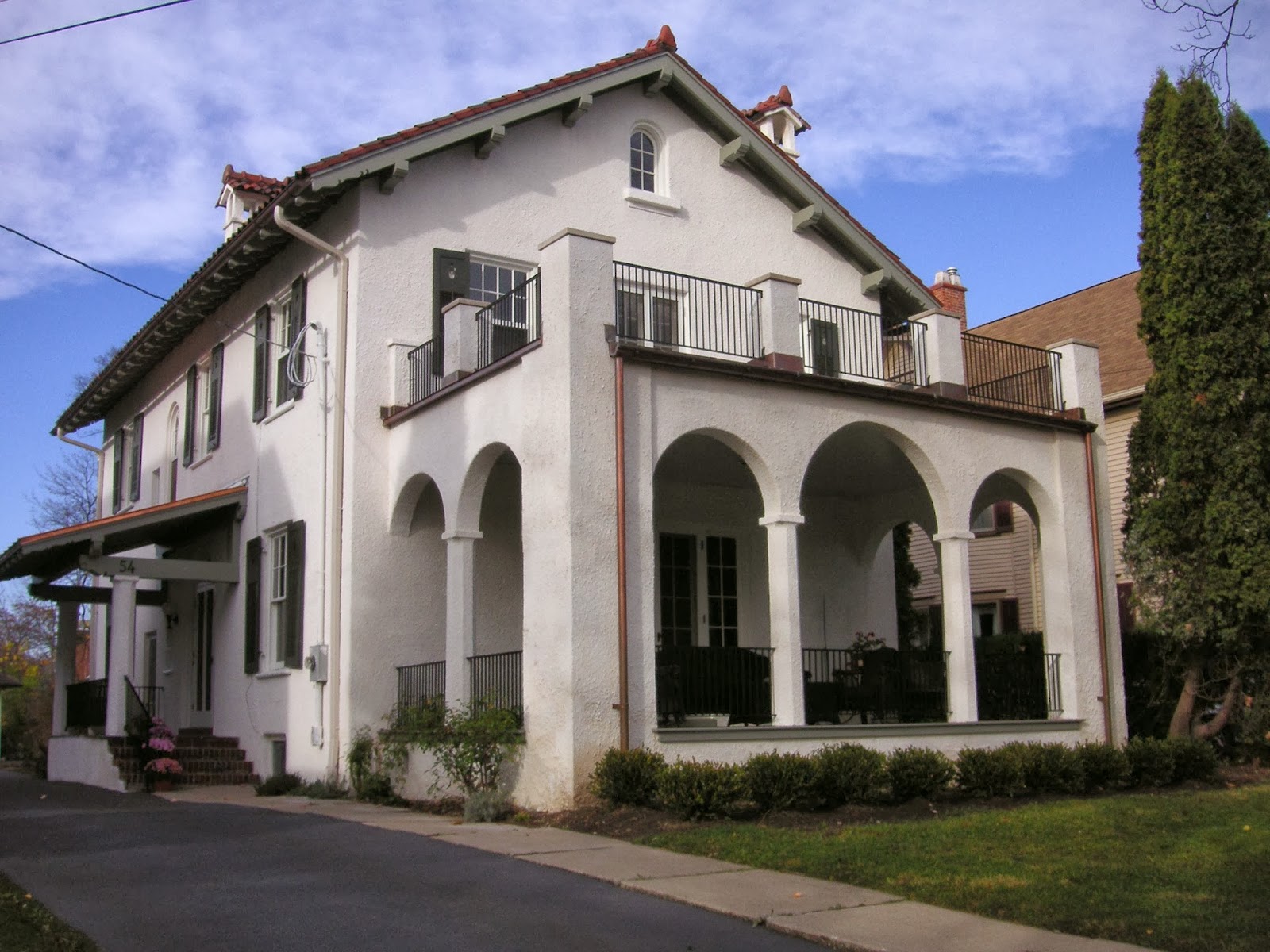 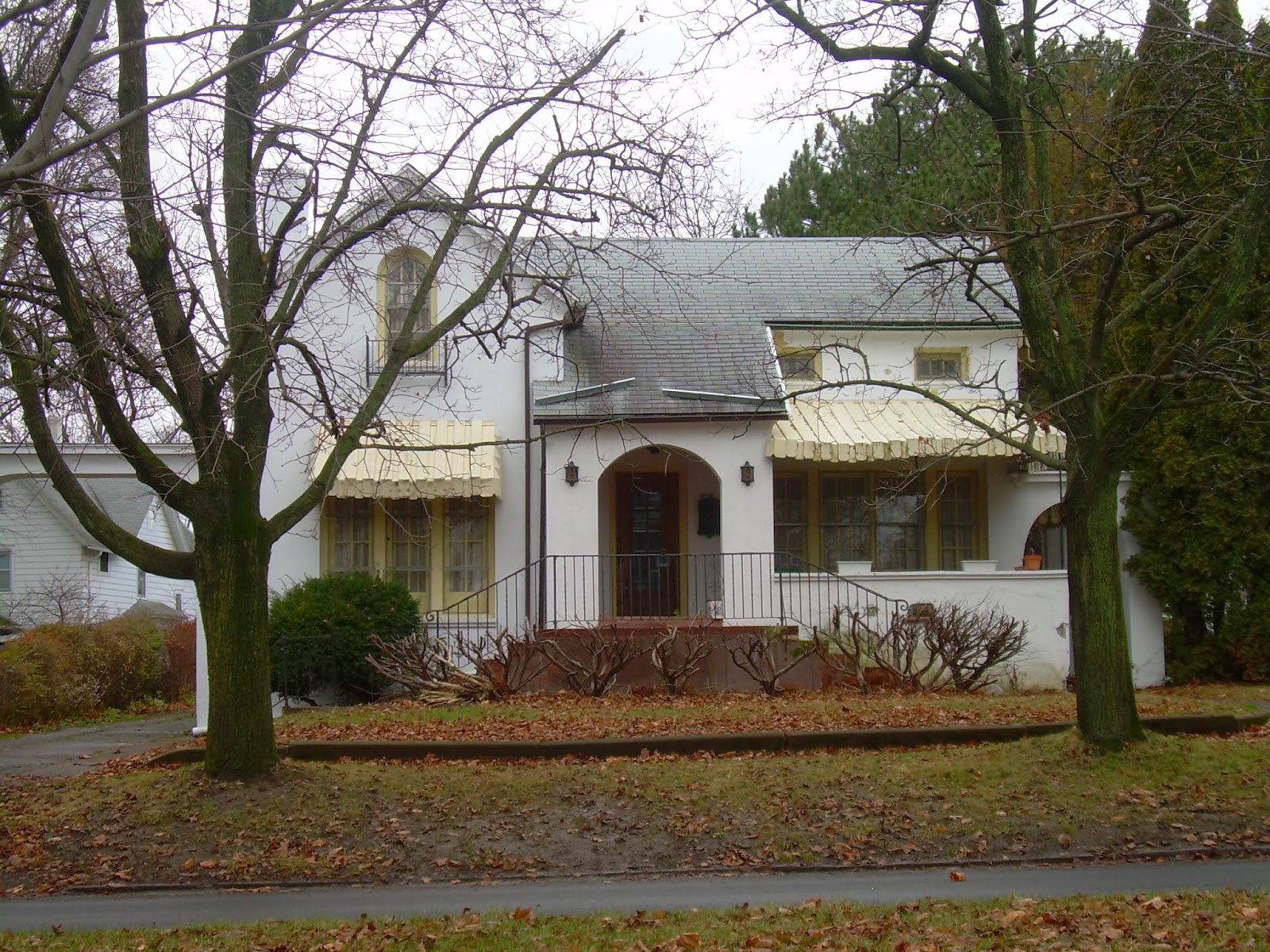 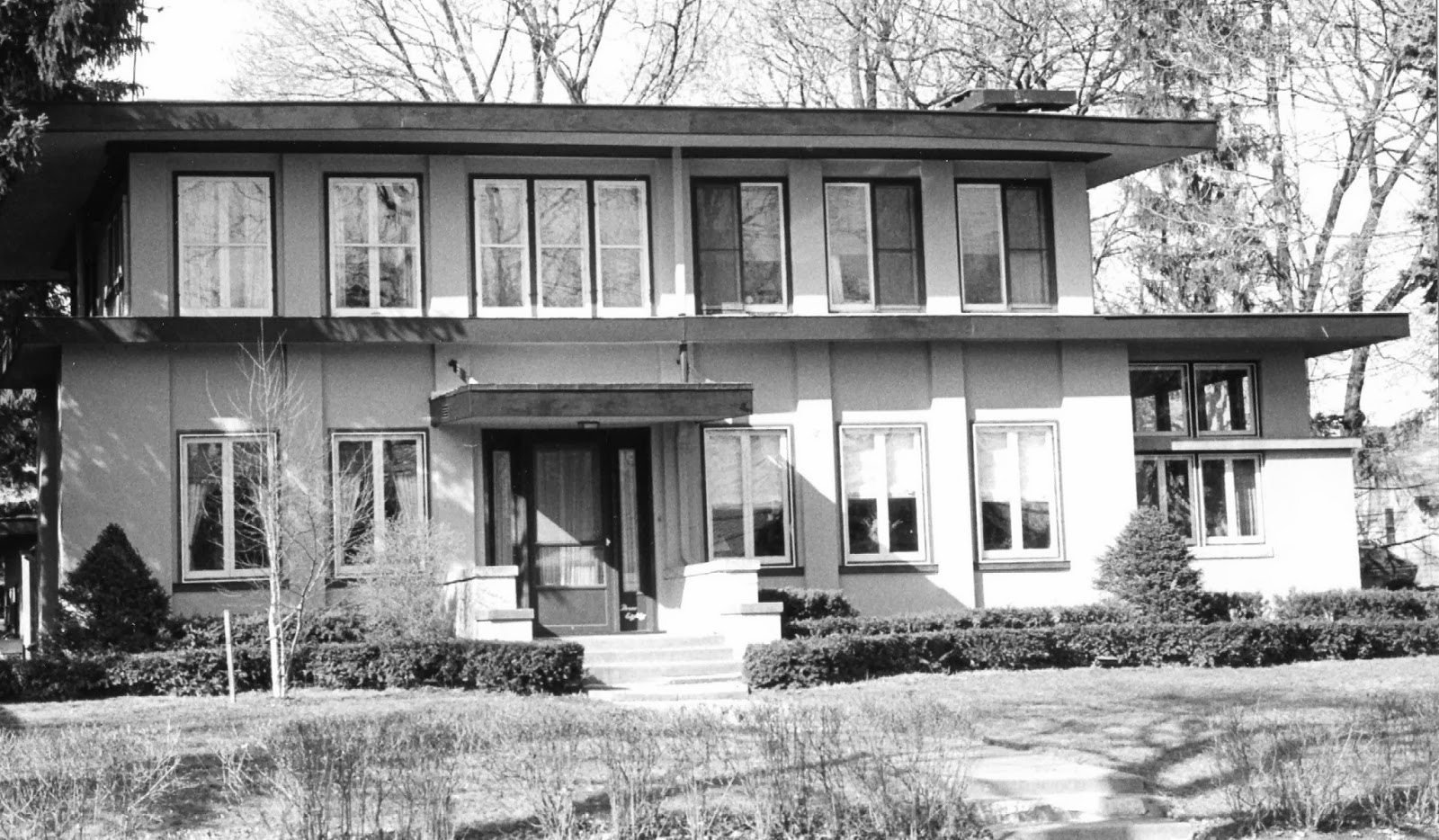 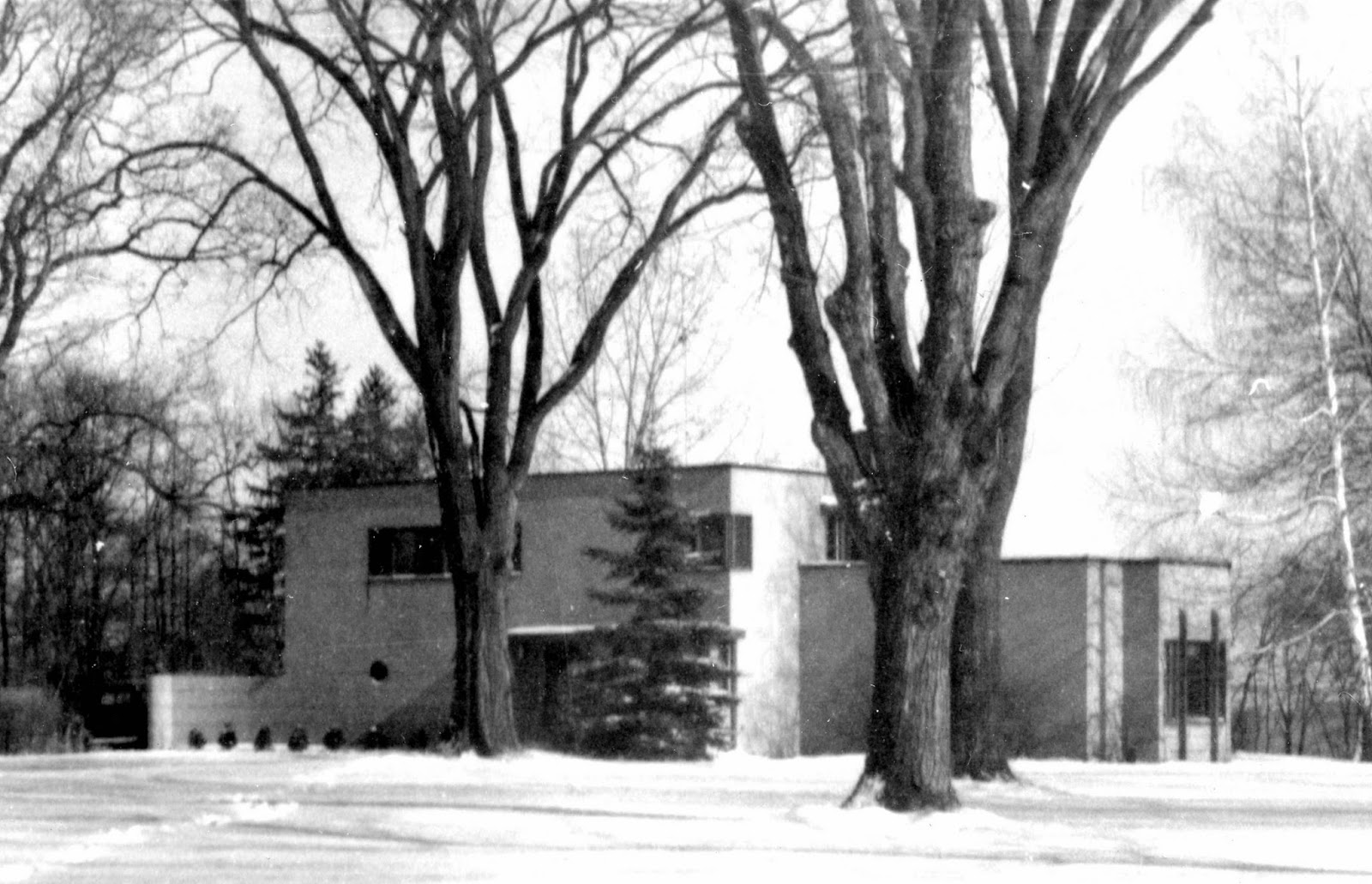 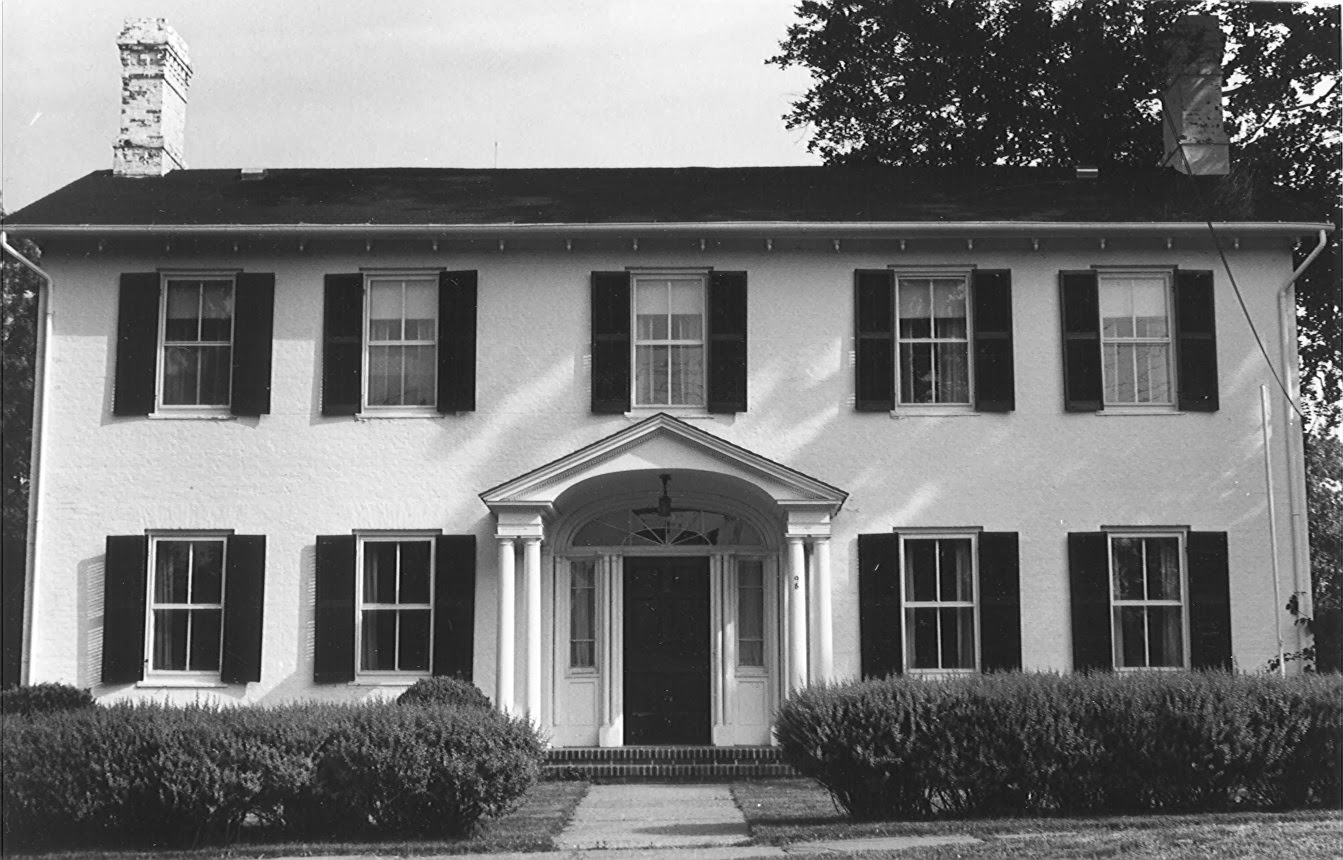 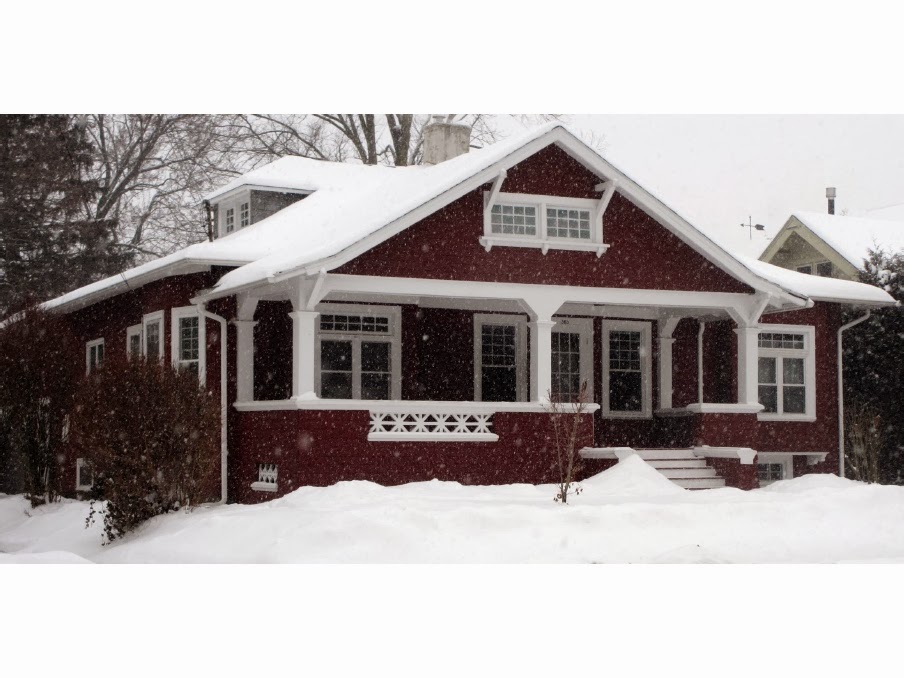 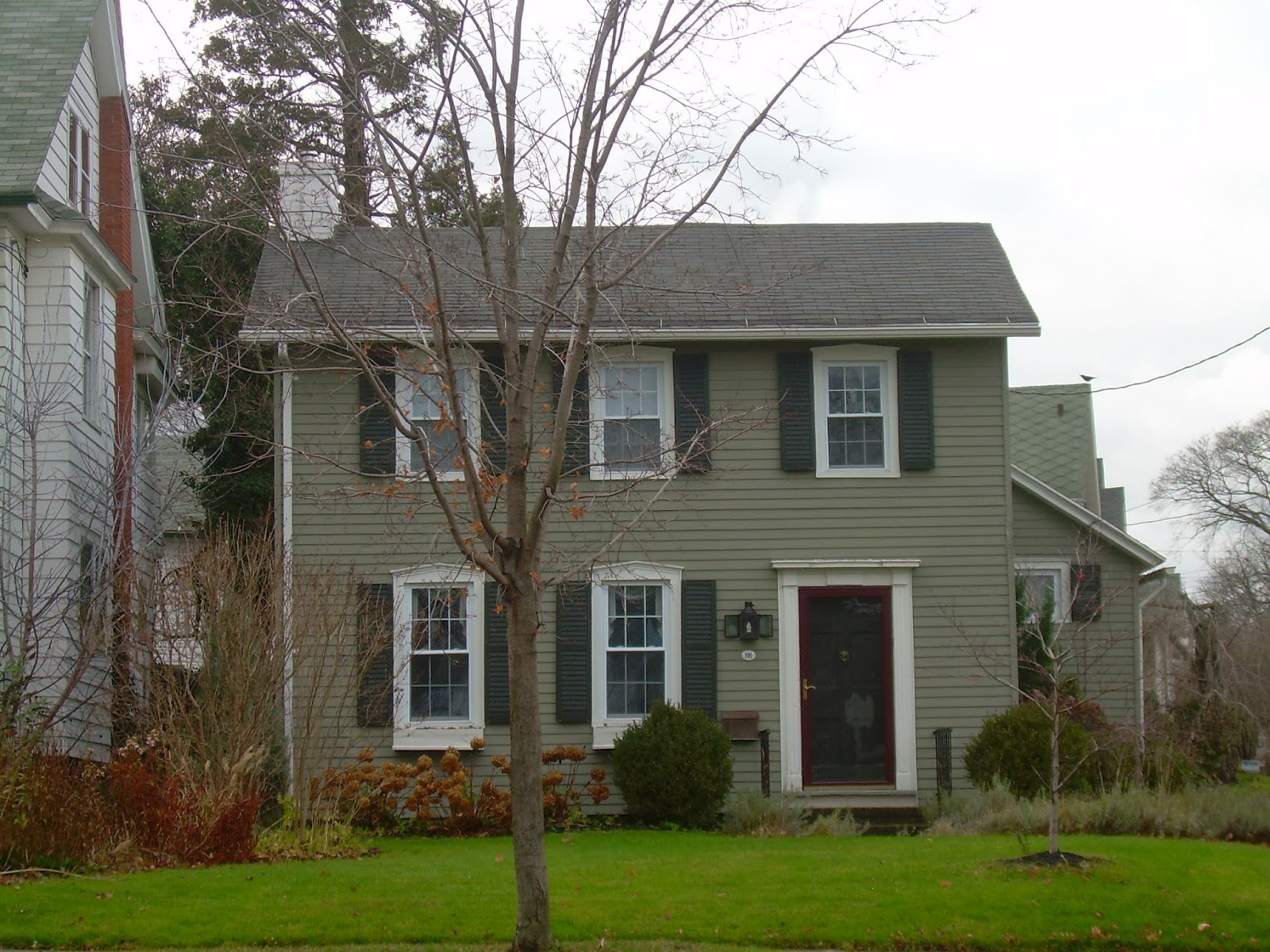 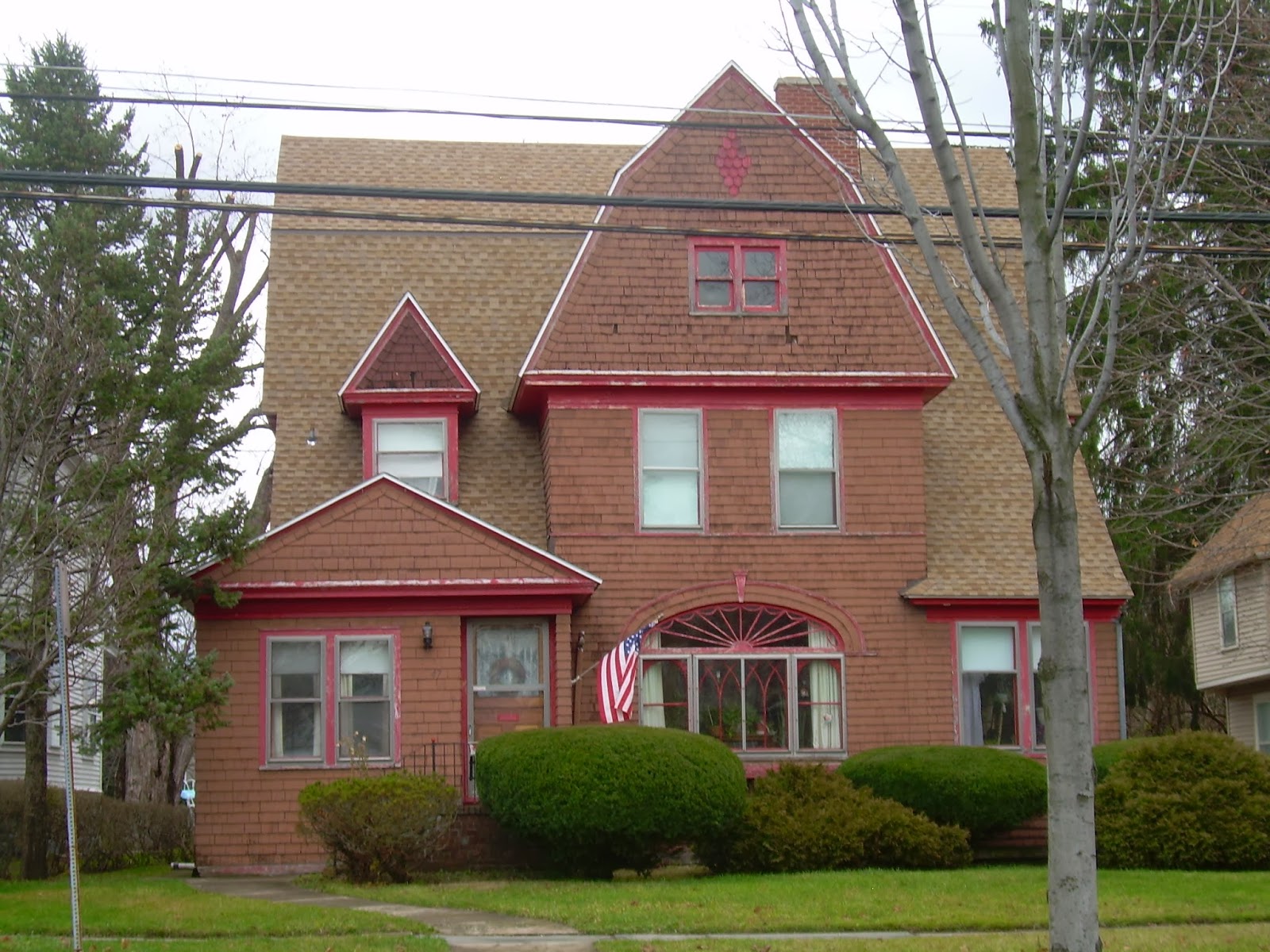 ’s houses may reflect the wealth of the original owners and changing architectural styles. They also hint at the stories of families who chose how their house would look, for reasons lost to time.
Posted by Unknown at 12:40 PM No comments:

I know some folks enjoy winter, but I am not one of them.  Right now I am very tired of hats, coats, gloves, boots, shovels, salt, shovels, ice, below zero wind chill temperatures, yak trax, shovels, salt, shovels and everything ( did I mention shovels?) about winter.  While perusing some photos in the archives I came across some images of a snowstorm that buried in 1925.  The photos are from the end of January and beginning of February.  The images of are impressive, with streetcars and automobiles drifted up to their windows.  I was reminded that this doesn’t happen very often in . We are fortunate enough to be in a place that seems to get bypassed by the worst of the winter weather.  Yes, we get the bitter cold, but we don’t seem to get the snow that places like , , or get. I am quite happy about this.  Still I can’t help but wonder if the residents of in the 1920s, 1960s, 1970s and other memorable tough winter years waited impatiently for nursery catalogs the way some of us do today. 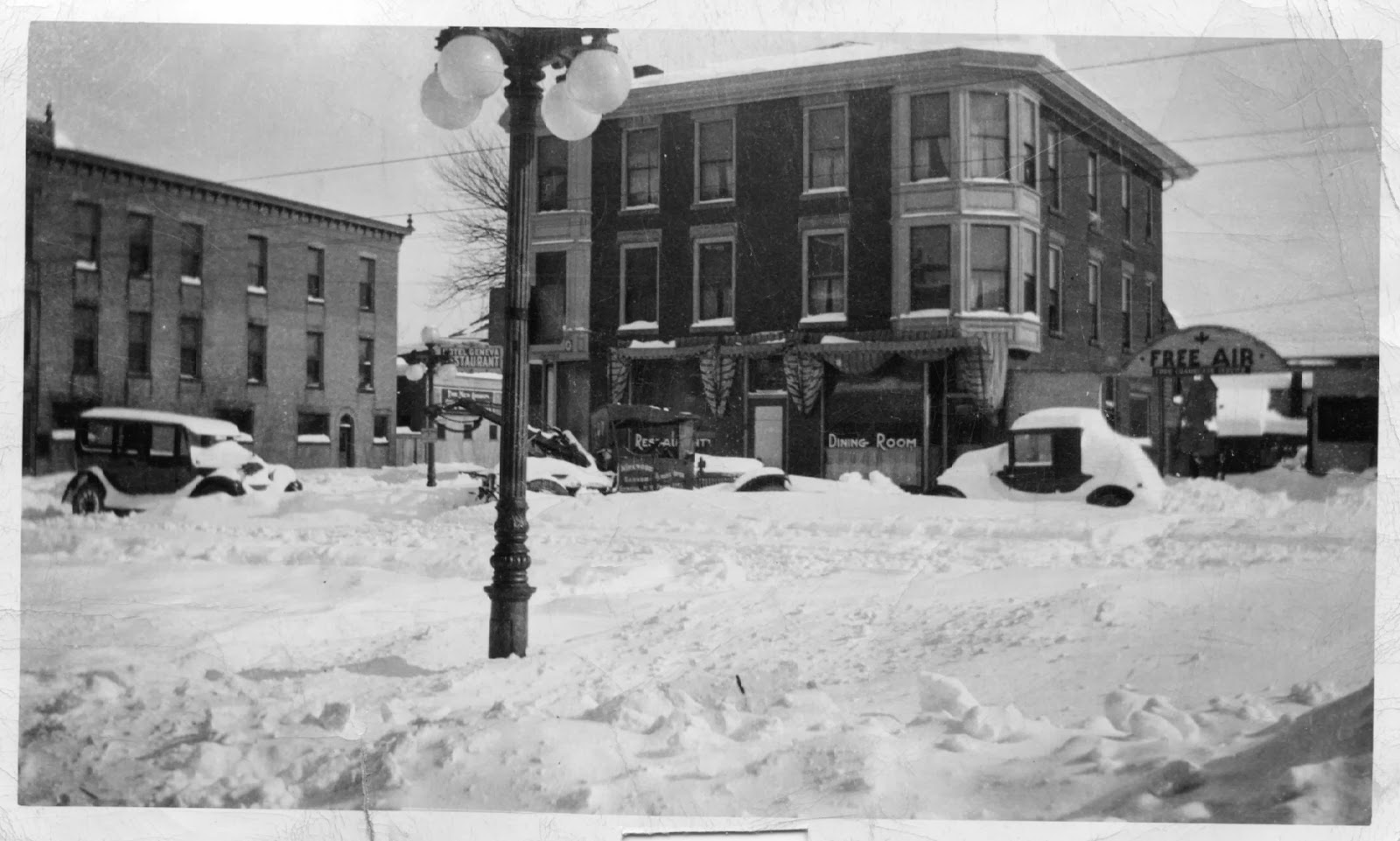 For me, the colorful nursery catalogs are harbingers of spring, much like the robins, red winged blackbirds and crocuses.  Even though I don’t really have a place to put in many plants just the thought of gardens full of flowers, vegetables and trees or bushes loaded with fruit are warming to my beleaguered winter spirit.

I look at maps of from the 1850s and see acres of land occupied by nurseries and wonder if the horticulturalists and nursery owners waited as impatiently as I do for the first blooms of spring to show themselves?  I wonder if they planned their gardens and new plantings as eagerly as some of us will at the end of this winter?  I suspect they did, how could they resist the multitude of colors and fragrances they knew would become available in the warmer weather? 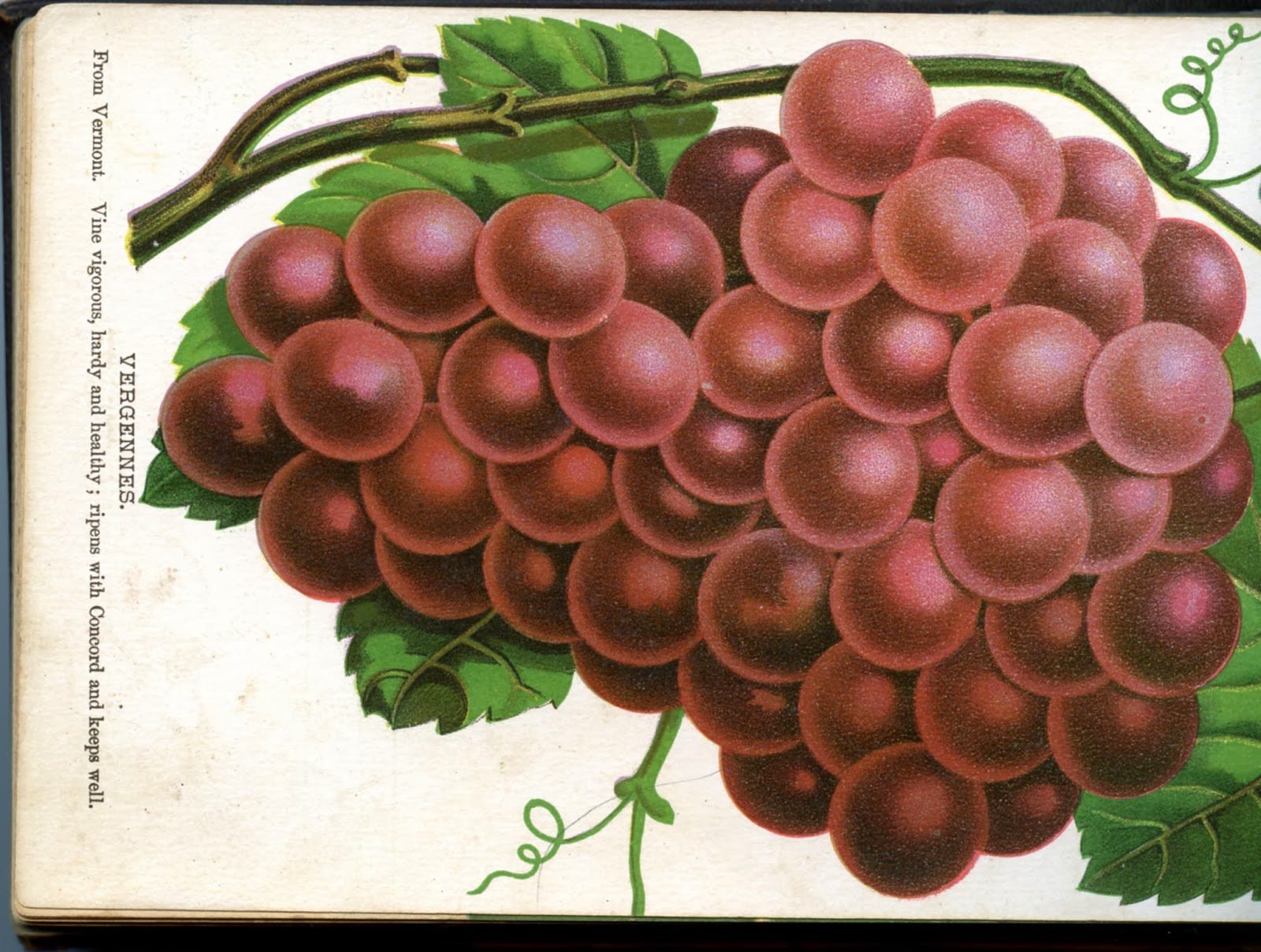 Did you know that and many of the towns and cities in upstate were once home to many nurseries?  had W. & T. Smith, Maxwell Bros., to name only two of our many nurseries.  We also had the New York State Agriculture Experiment Station.  had Jackson and Perkins Roses.  had Elwanger & Barry’s , VanPuttee Seeds and other nurseries plus to showcase gorgeous plants .The upstate area was a hot bed horticultural innovation and it showed. 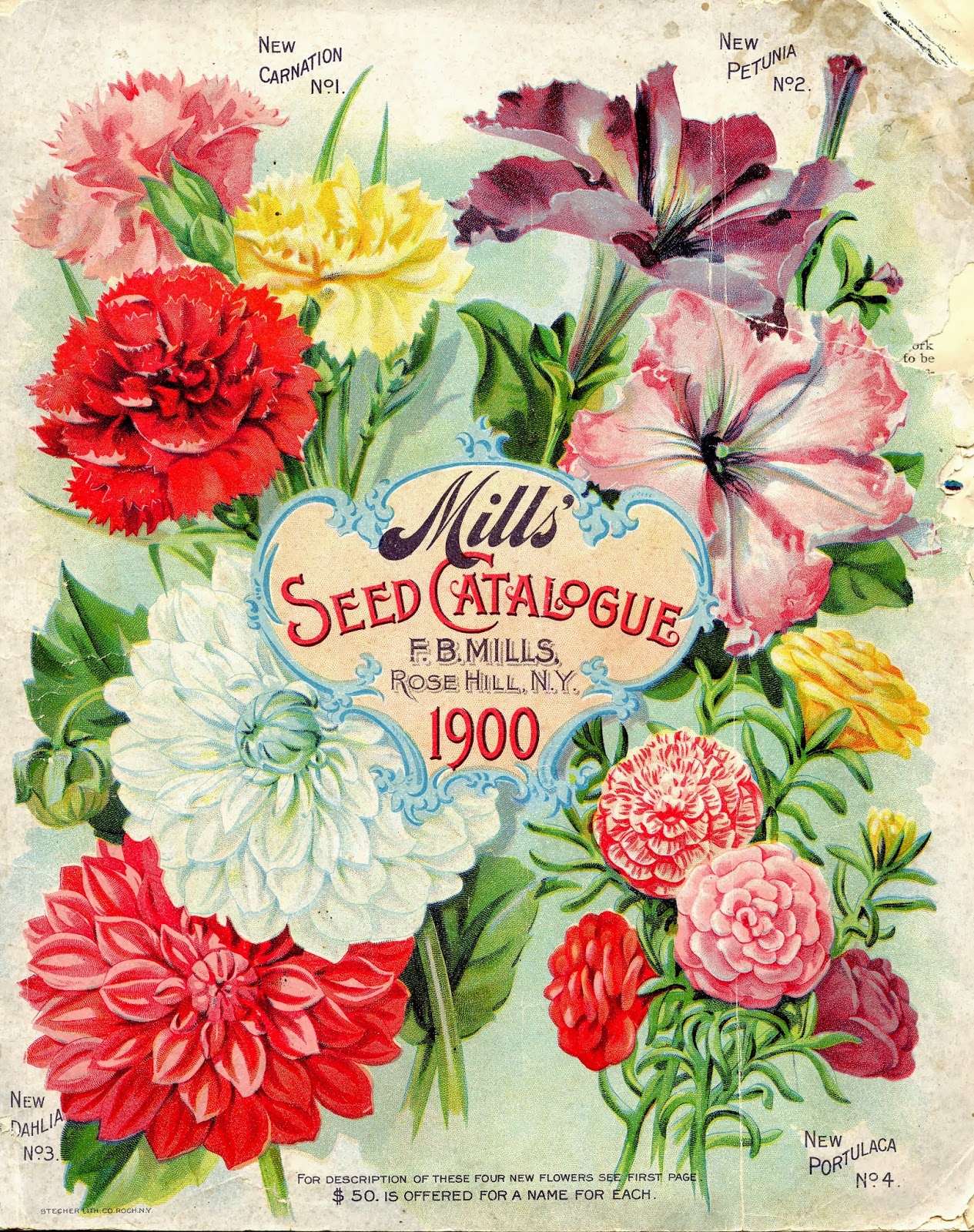 Jackson and Perkins developed many new varieties of roses during their time in .  I remember one called “Tropicana” which my mother grew.  It was a beautiful shade of coral and smelled a bit like sweetened tea.  It was lovely.  My grandmother had a very small yard in and crammed it with as many roses as she could.  The smell of warm earth and roses from June through August plus the buzzing of bees making their way from flower to flower remain some of my best memories from childhood.

Today, is home to 58 species of wild orchids in shades of pink, yellow, white, and brown.  Among the showiest orchid of our native species are the “Lady’s Slippers” often found in pink and yellow.  We are also part of an area filled with extensive grape vineyards and many orchards of apples, apricots, peaches, cherries, plums, and nectarines.  Numerous small variety farms grow strawberries, blueberries, raspberries, gooseberries, red and black currents, dahlias, gladiolas, peonies, squash, tomatoes, peppers, potatoes, beans, cabbages, broccoli, cauliflower, kohlrabi, kale, spinach, and rhubarb. I don’t think I have even come close to naming all the crops grown in this area. 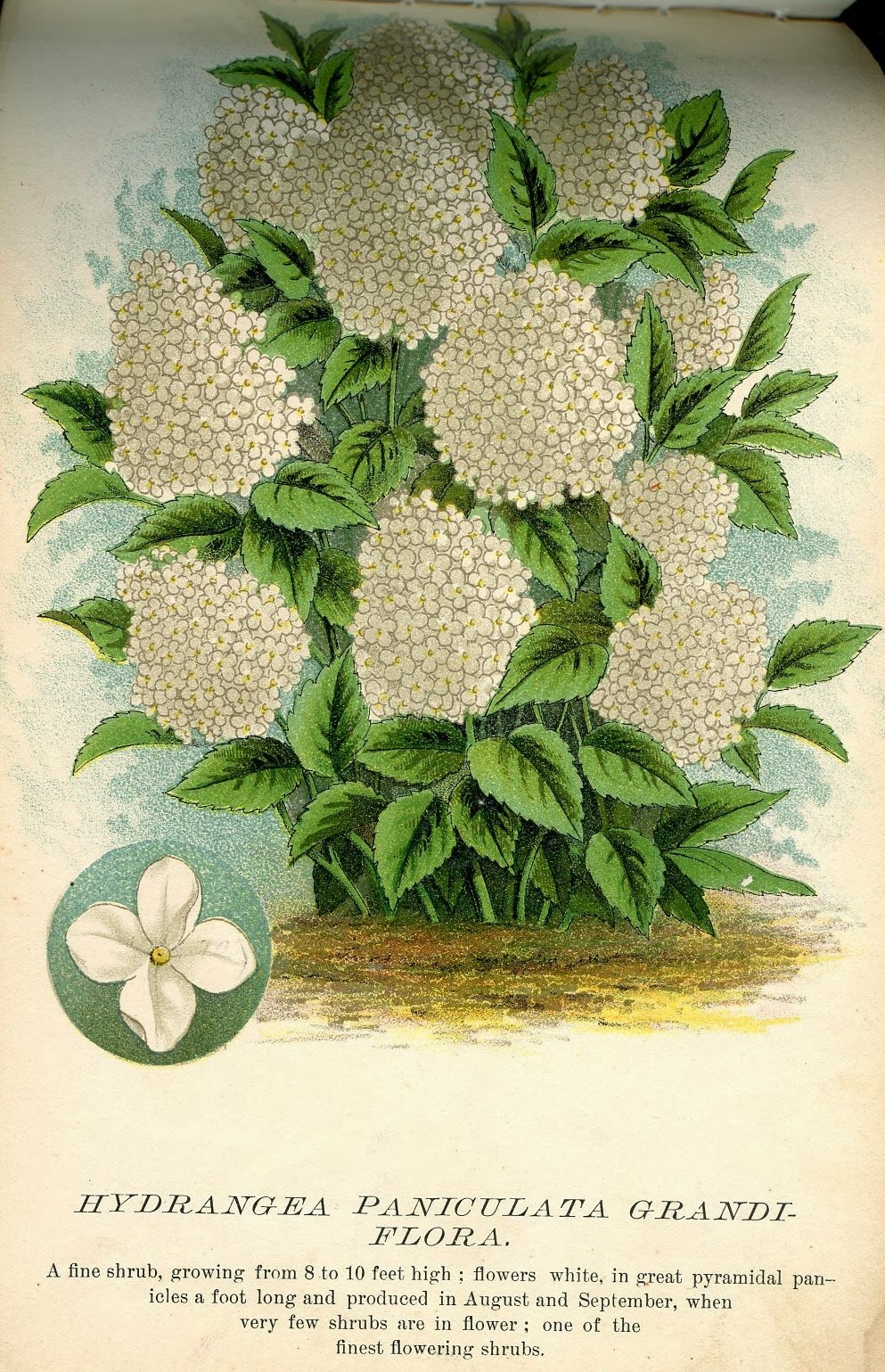 How can I not look forward to spring?  Even when I don’t grow the crops myself nursery catalogs and the hint, the tantalizing thought of spring help me shovel that last pile of snow, throw salt on the last bit of ice, pull on my yax tracks one last time, because I know that around that corner are the colors of spring, the smells of spring and the taste of spring.  Spring is coming! 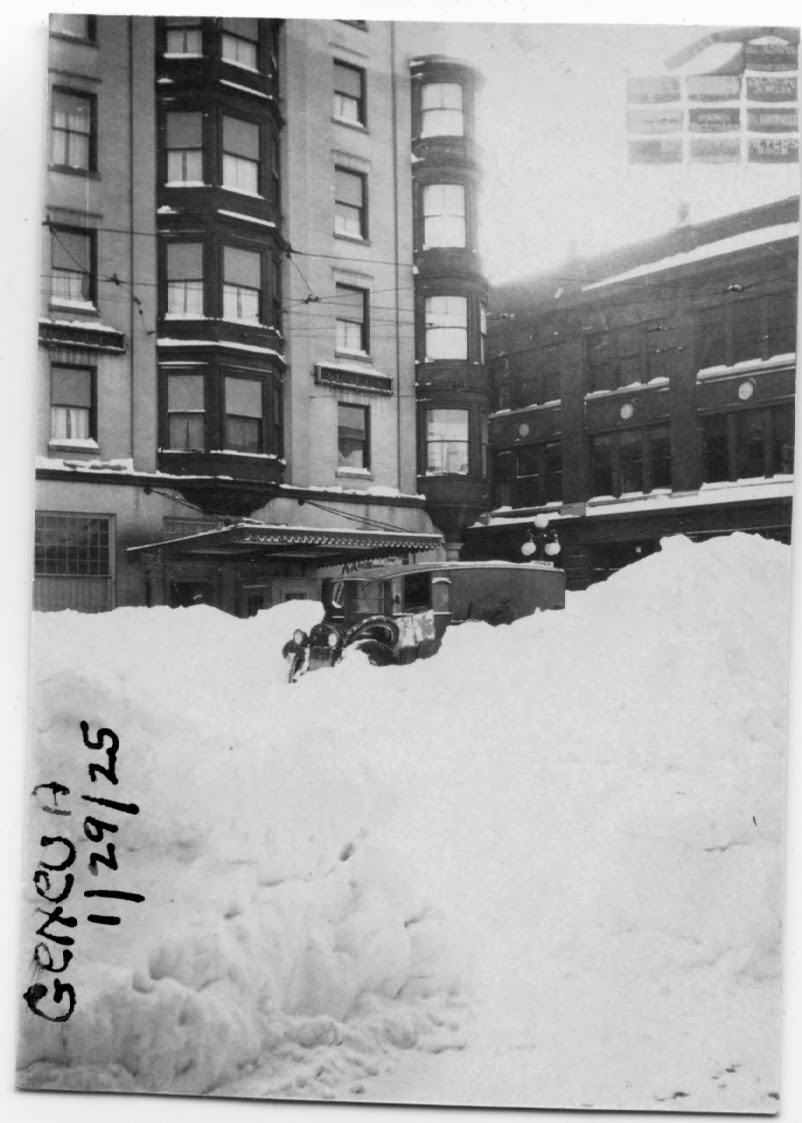 Posted by Unknown at 7:12 AM No comments: